[DIY] Guide to the Best Fly Fishing in Steelhead Alley

The area on the southern shore of Lake Erie extending just west of Cleveland, Ohio to Buffalo, New York is commonly referred to as "Steelhead Alley" and for good reason.  This region contains some of the most productive steelhead tributary streams and rivers in the Great Lakes region.

If you are looking for the best places to fish in Steelhead Alley, you're in luck. We've put together this interactive map of the best steelhead rivers in Ohio, Pennsylvania and New York to help you explore the area. Click on the map markers for information on stream access and to get directions. 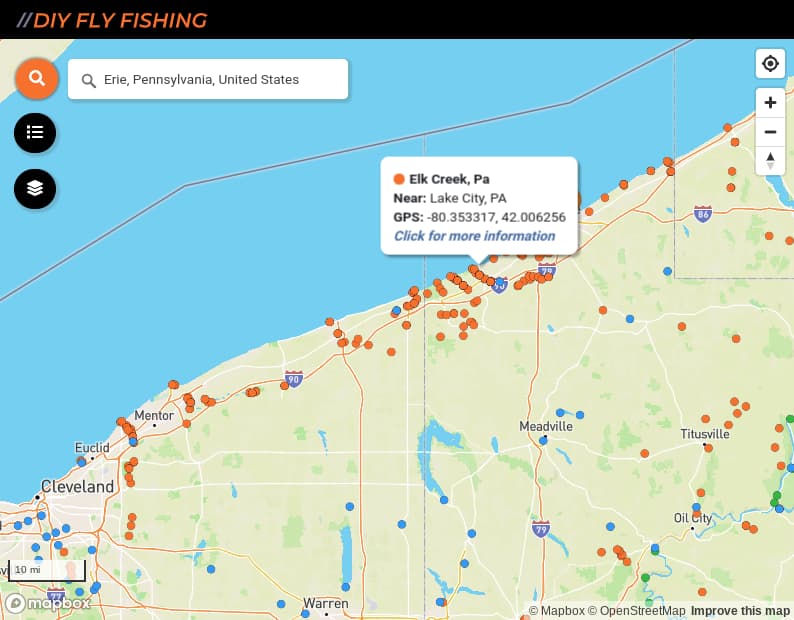 Steelhead Alley includes tributaries to Lake Erie in Ohio, Pennsylvania and New York that receive two major runs of steelhead in the Spring and Fall.

Reel Action Fly Fishing shows us what fishing in Steelhead Alley is all about.  Ready to go?

Rivers in each state that receive steelhead runs are listed below. Click on the links provided for more information about each river including maps detailing stream access, stream flow charts and steelhead fishing reports.

You can make steelhead fishing as complicated as you like or keep it pretty simple.

There are a number of rod-and-reel setups that are typical of Steelhead anglers, including spinning, noodle, fly, spey and center-pin setups.

If you're fly fishing, a single-handed, 9-ft or 10-ft, 7- or 8-wt rod and large arbor reel with a good drag and floating line is an excellent choice. This setup is great for fishing tandem nymph rigs which is a popular method in Steelhead Alley.

If you are into swinging flies, an 11-ft switch rod or 12-ft double-hand spey rod makes life a lot easier.

Fly patterns that mimic two of Steelhead Alley’s most fed-upon bait fish – the Emerald Shiner and Gizzard Shad, are very popular when fishing on the swing.