To the casual angler, the Klamath River might be intimidating.

You see, the Klamath River is the second largest river in California. Because of its sheer size, many anglers are unsure of the best places to fish.

Additionally, the salmon and steelhead trout in Klamath River are known for their fighting spirit, so you will need your wits about you when tackling this fishery.

Luckily, you have a secret weapon: this guide! Be sure to read this page thoroughly before taking on Klamath, and start preparing for an unforgettable adventure.

The River flows into the Lake Ewauna reservoir, before turning west and passing the Jon C. Boyle Dam. The River then enters California, turning south near Hornbrook. The River then turns west again and receives the Shasta River and the Scott River. Here, the River flows through the Klamath Mountains.

Here, it receives the Salmon River. At the town of Weitchpec, the River turns north and receives the Trinity River. For the rest of its course, the River flows northwest and joins the Pacific Ocean near Crescent City. 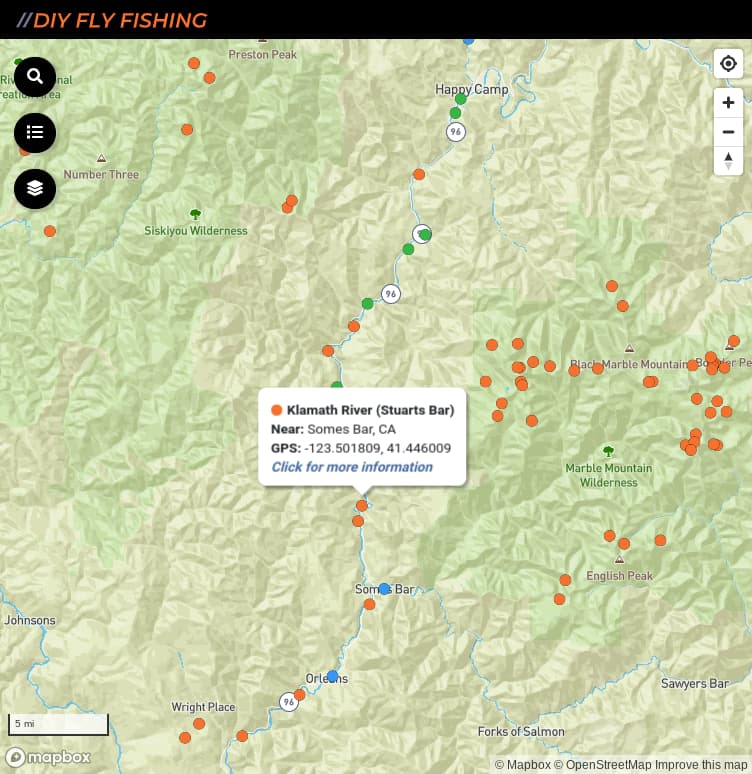 The River is notable for passing through the Yurok Indian Reservation, as well as the town of Klamath. Its estuary is protected by the California Bays and Estuaries Policy.

It is believed that human beings lived near the Klamath River as early as 7,000 years ago. Many Native American tribes, including the Yurok, Hupa, and Karuk, depended on the river for its plentiful salmon population. However, in 1864, Native Americans were forced out of the land and into nearby reservations.

In addition to attracting fly fishermen, the River is also popular as a white water rafting, recreational gold mining, and kayaking locale. Many visitors come to observe the stunning scenery and diverse wildlife. There are many nearby wildlife preserves, including Klamath National Wildlife Refuges Complex and Lower Klamath National Wildlife Refuge.

The river is best known for the fall run of "half-pounders", steelhead trout that average two to four pounds. Additionally, the River is known for its Chinook salmon and rainbow trout population.

Two of the most popular places to fish the Klamath River in California are the Iron Gate Dam tailwater and from the community of Happy Camp down to the outlet into the Pacific Ocean.

While most sections of the River are accessible to wade fishermen, most anglers prefer to use a drift boat. The best area of the stream to tackle depends on what time of year you are visiting.

If you are fishing in September or October, you will want to stay in the lower section. This is the section from Trinity River to the Pacific Ocean. Here, you will find large quantities of salmon and steelhead entering the system.

However, if you are planning on visiting in November through March, you’ll have better luck fishing the Upper Klamath River where the fish stack up behind the Iron Gate Dam. As the River is so large, access is generally pretty easy.

The best time to visit Klamath River depends on which species you are most interested in catching. Salmon enter the system in August through November. The half-pounders follow the salmon and feed heavily on salmon eggs during the spawn in November.

In January and February there is a winter run of large steelhead that enter the Klamath to spawn. Fishing can be difficult during this time of year though as the river is often blown out unless it's a low precipitation year.

The steelhead in the Klamath are not too particular. When the salmon are in and the steelhead are feeding on eggs, egg patterns are most effective. Dead drifting nymphs under an indicator from a drift boat is also a popular method. Local hatches, with the exception of salmonflies, are not a big factor so generic fly patterns are all you need.

Swinging flies while wade fishing, in particular on the lower river, is also very effective.

A 9-foot 5-wt to 6-wt fly rod with floating line is perfect for fishing nymphs and small streamers for half-pounders on the Klamath River. You may want a 7-wt or 8-wt if you are targeting the winter steelhead. A 12-foot leader tapered to 8-lb test is pretty standard for fishing with weighted nymphs. Two-handed (spey or switch) rods are popular on the lower river and enable you to cover more water.

The nearest domestic airport to Klamath River, Rogue Valley International Medford Airport, is located in Medford, Oregon and is about 62 miles away from your destination. The closest international airport is Sacramento International Airport. While the car ride to reach Klamath River will be somewhat lengthy, we guarantee the views you will see on your drive will make the journey worth it.

As the River is 257 miles long, you have plenty of options of lodging, depending on which part of the Klamath you plan on tackling. If you are staying near Yreka, the Econo Lodge offers clean rooms and a free continental breakfast to its guests. Of course, many anglers prefer to spend their nights under the stars. For those so-inclined, Tree of Heaven Campground opens for the season in May and offers easy access to the Klamath River.

For the adventurous angler, the Klamath River offers the perfect opportunity to brush on your skills and take on some of nature’s most energetic and dynamic fish. Start planning your trip today!

DIY Guide to Fly Fishing the Rush Creek in California