Shown above is a French / Spanish nymphing leader setup, a version of which I learned from Aaron Jasper of Trout Predator Online during one of his European Nymphing Clincs. There really is no set formula for this type of leader setup so I’d hesitate to call this typical but common to the French and Spanish nymphing techniques is the use of long, thin leaders, and I mean long.

Generally, the longer the better when fishing nymphs for wild fish or fish that receive a lot of angling pressure. The leader setup can and needs to be varied depending on the type and condition of water you are fishing (e.g., speed, depth, clarity, etc.).

You’ll notice something called a sighter in the French / Spanish nymphing leader diagram shown above. What is it? Well, in competitive fly fishing the use of strike indicators added to your line is prohibited. To get around (I mean comply with) this regulation the Europeans often incorporate a length of color monofilament into their leaders to aid in strike detection. Colored Dacron backing material also makes a great sighter. 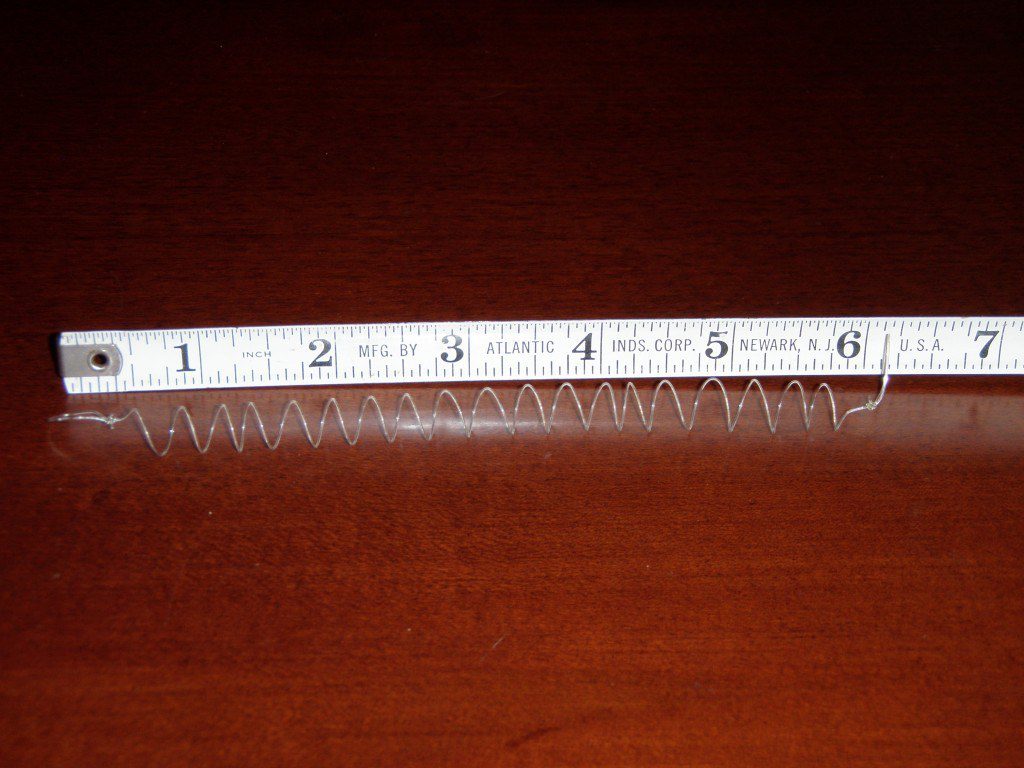 As the use of colored mono in competition is frowned upon by some, the French took this concept a bit further and developed the coiled mono sighter. This basically looks like a spring made from monofilament.

The backing sighter or coiled mono sighter is tied in about half way down the leader and fished with a taunt line right above or at the water interface. Fished with properly rigged flies the sighter is super sensitive and will help you see even the most subtle strikes.

Accustomed to fishing for spooky wild brown trout the Spanish have taken long-line nymphing to an extreme. It you want to have any chance of catching one of the very elusive Fario brown trout that exist in the Pyrenees mountains, as Hemingway did in the 20’s, you need to use long (and I mean long) thin leaders, upwards of 30 feet!

To build a Spanish nymphing leader, take the diagram above and stretch it out to 25 to 30 feet, lighten up the mono used in the butt sections and extend the tippets down to 6x or 7x for use with lighter flies, both dries and nymphs.

If this sounds like something that is a pain in the arse to cast, your right! Kind of makes you wonder why they bother. I suppose the beautiful trout, stunning scenery and the challenge of it all has some thing to do with it.

In short, it’s takes some getting used to casting these long-line nymphing rigs.  Here are 3 tips:

This technique is not for everybody but is well worth it for those who persist (like most things in life – go figure). If you would like to reduce the learning curve, I’d highly recommend attending an on-stream European nymphing clinc. The clinc I attended really changed my whole approach to fly fishing nymphs.

As for fly rods, most of the Europeans use a 10 to 12-foot rod. This helps tremendously. In particular, the longer rod helps with line control and keeping line off the water, two elements that are important when fishing like a European.

I started Euro nymphing using an 8.5 ft rod and just about went insane. I went up to a 9-ft rod and it got a little easier. I am now using a 10-ft rod and am finally starting to get the hang of it but I see an 11-ft rod in my future (I’m just not so sure my wife does!).

I like How the French Do It (nymphing that is)

Fished upstream in a quarterly motion while maintaining a tight-line and leading your flies slightly ahead of the current, an 18-foot French nymphing setup (diagram shown above) allows you to keep some distance from the fish yet remain in good contact with your flies. Add in the phenomenal strike detection you get with the coiled mono sighter and you’ve got a winning combination!

Why Fly Fish? The Top Reasons You Need to Try Fly Fishing

How to Set up a Dry Dropper Rig