Cataloochee Creek lies in the Cataloochee Valley surrounded by some of the most rugged mountains found in the southeastern United States and is one of the most remote regions of the Great Smoky Mountains National Park. It is often referred to as the “Forgotten Far East” because it is so remote and it is so far to the east within the GSMNP. 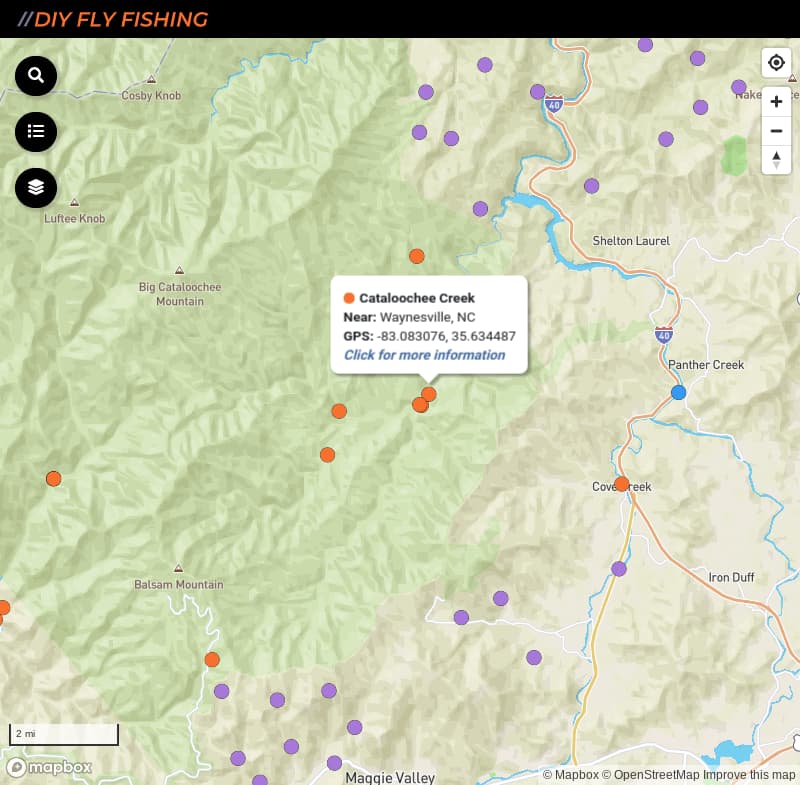 The most direct route is to take Cove Creek Road (partially graveled). From interstate I-40, exit at North Carolina exit #20 and travel 0.2 miles on route 276. Turn right onto Cove Creek Road and follow the signs 11 miles into the Cataloochee alley. Cove Creek Road ends in the valley adding to its remoteness.

Visit our DIY Guide to Fly Fishing in Great Smoky Mountains National Park for maps and information on fishing other trout streams in the park.